What Is the Development Pace of Construction?

samanvya 4 weeks ago Construction or Industrial Comments Off on What Is the Development Pace of Construction? 24 Views 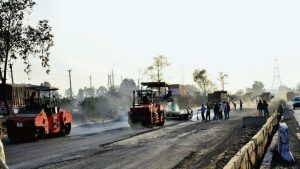 The era of digitization and automation has touched each niche and industry including the construction sector. Today’s contractors can use numerous innovative approaches to reach their business goals. It goes without saying that the main development pace of present-day construction is to digitize and automize pre-construction, construction, and post-construction phases. Most processes are going to become paperless and free from manual operations.

Development of Construction: What Should You Pay Attention to?

Oxford Economics did a bit of analysis and found out that at the start of this decade, the total value of the construction industry was around $11 trillion, and only half of it was allocated to the emerging market. Soon, the deal is expected to increase by $5 trillion to reach $16 trillion by early 2030. It is also believed that the countries of Africa and Asia, which are just starting to develop their economies, will soon enter the construction industry market.

Experts believe that the development of construction of residential buildings will partly cover the costs for the short term, and the costs of infrastructure development for the medium period. The popularization of megacities will be the impetus for the development of the economy. Every year the population growth in poor countries increases. It is expected that by the middle of the century there will be 2.5 billion more people, mostly from:

Over the past five years, experts believe that the construction industry will become the main area for the development of the world economy as a whole and will grow by about 4.5%, which is already more than the development of the service sector. Over the next ten years, it is planned to increase the growth in the number of buildings erected by 3.5% annually.

What Will Be the Strength of the Development of the Main Sector?

The reason for the sharp and large-scale growth of the construction industry in several African countries is the increase in the number of inhabitants in these regions, as well as the popularization of urban culture. Despite such positive prospects, few countries will participate in this building of globalization. Still, the most important countries in the construction industry are China, India, America, and Indonesia – about 60% over the current decade.

How Will Construction Develop in the Next Decade?

Most experts believe that in the previous year, the development of residential building construction increased by more than 7%. The year before last, this sector included almost half of the total number of facilities under construction. It has become the largest sector and an impetus for the further development of the sphere as a whole.

According to preliminary estimates of experts, by the end of this decade, the growth in the construction of residential buildings as a percentage will increase by several percent. This is to be expected thanks to countries whose economies are only growing, the logistics and energy sectors are expanding, the sewer system is scaling, etc.

What to Expect in the Next Decade?

The cost of developing the construction industry directly depends on what kind of debt the state has. As a percentage, this amount is an indicator of how long and how well the construction will develop. It goes without saying that the number of ready-to-use digital solutions and tech innovations for the building sector is going to grow as well.

More and more digital-friendly and fully automated firms are expected to appear around the globe. Additionally, the trend of green building will transform into the top-priority strategy of most contractors. Because eco-friendly approaches will be more and more on-demand among customers in the future.

Both office and the on-site process will be automated and well-managed with the help of modern software. This way all the phases including pre-construction (budget planning, estimating, costing, reporting), construction (building itself, on-site reporting, engineering, construction progress), and post-construction (object delivery, final profit margin, tender competence) phases will be accompanied with the estimating, costing, AI-based, cloud-based, and other programs to make the convenient digital environment for today’s contractors and other stakeholders.